Exploring the hidden beautiful natural features of the Krka National Park has become even simpler and more fun with the arrangement of fourteen new bicycle routes: five road routes, three mountain-bike paths, and six trekking routes. In order to make it easier to navigate them, special attention was paid to the proper marking of the routes and the safety of all participants in traffic, given that individual routes utilize traffic roads and pass through pedestrian zones.

The following is a brief guide to becoming acquainted with the signs on the bicycle routes.

Signs related to cycling traffic in the park can be recognized according to simple elements: a recognizable dark blue color, selected in accordance with the Manual for Graphic and Product Design System of Signs and Interpretation in Protected Areas in the Republic of Croatia, and the simple, “clean” font of Typeonin Sans. You can find the signs at intersections, open sections of roads, and at locations where the path turns or returns along the same route. 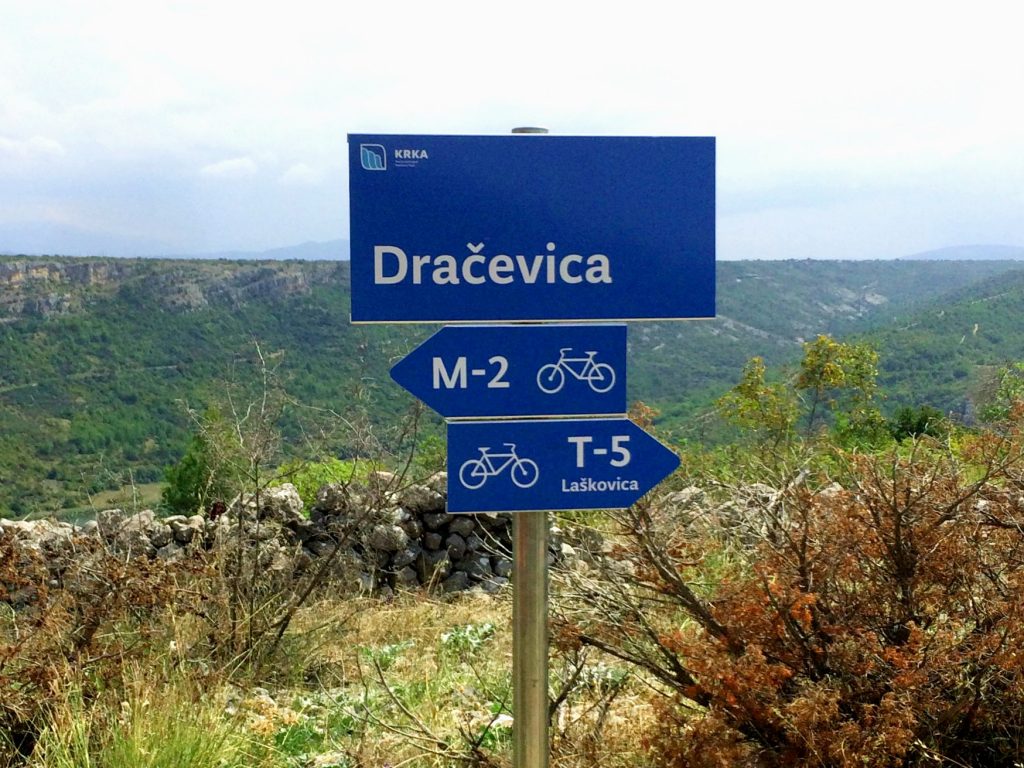 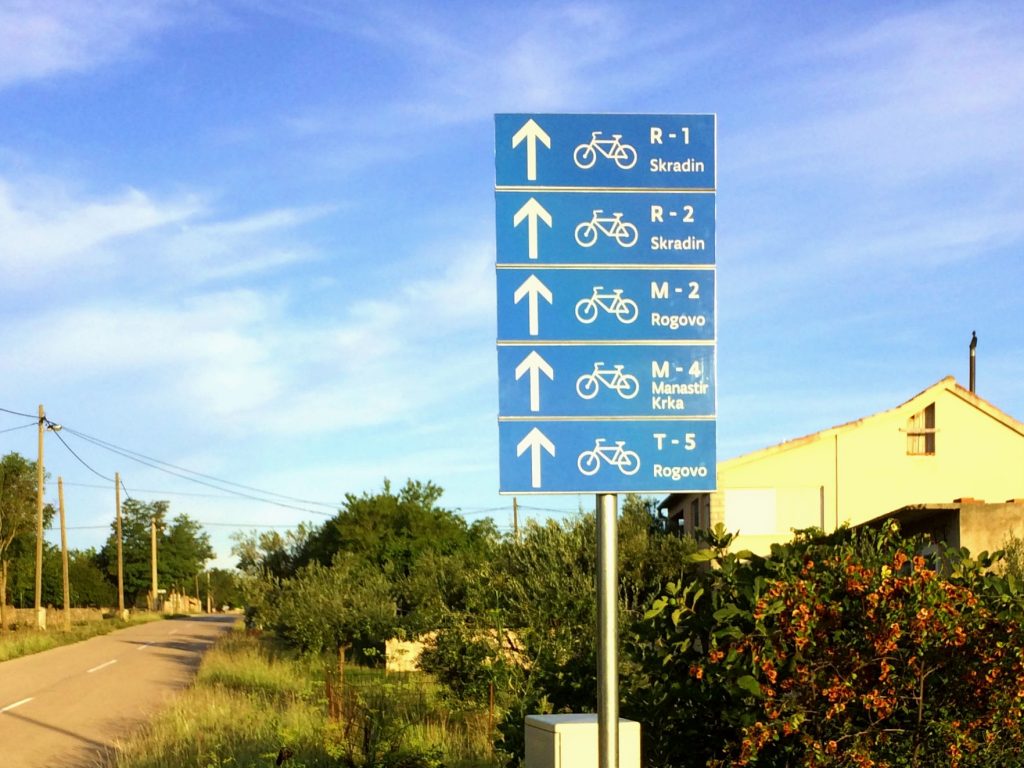 Routes are marked on the signs with a combination of letters and numbers, where the letter means the type of bike path (R for road, M for mountain-bike, and T for trekking routes), while the numbers define the specific route within the corresponding type.

Signs can be divided into four general categories: the first two include traffic signs for road traffic, the third group consists of signs for routing bicycle traffic on routes outside the normal roads, while the last group marks locations and warns of pedestrian trails.